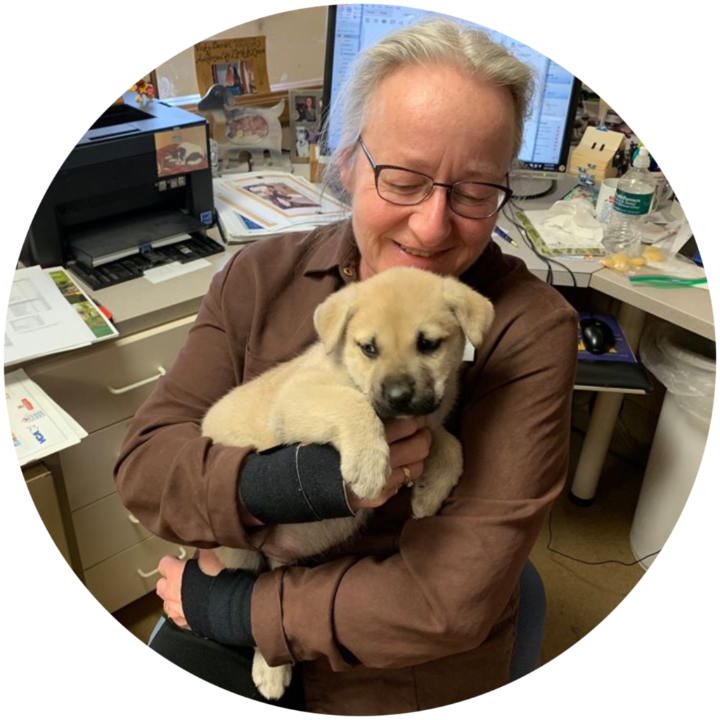 It seems with every newsletter, I have something exciting to share and celebrate. This one is a major milestone for us. It’s one I’ve been waiting a long time to share: This is the last newsletter that will be published while we’re in our current shelter! We’re set to starting moving into the new building sometime in mid-August, not too long after this hits your mailbox. Finally, right? 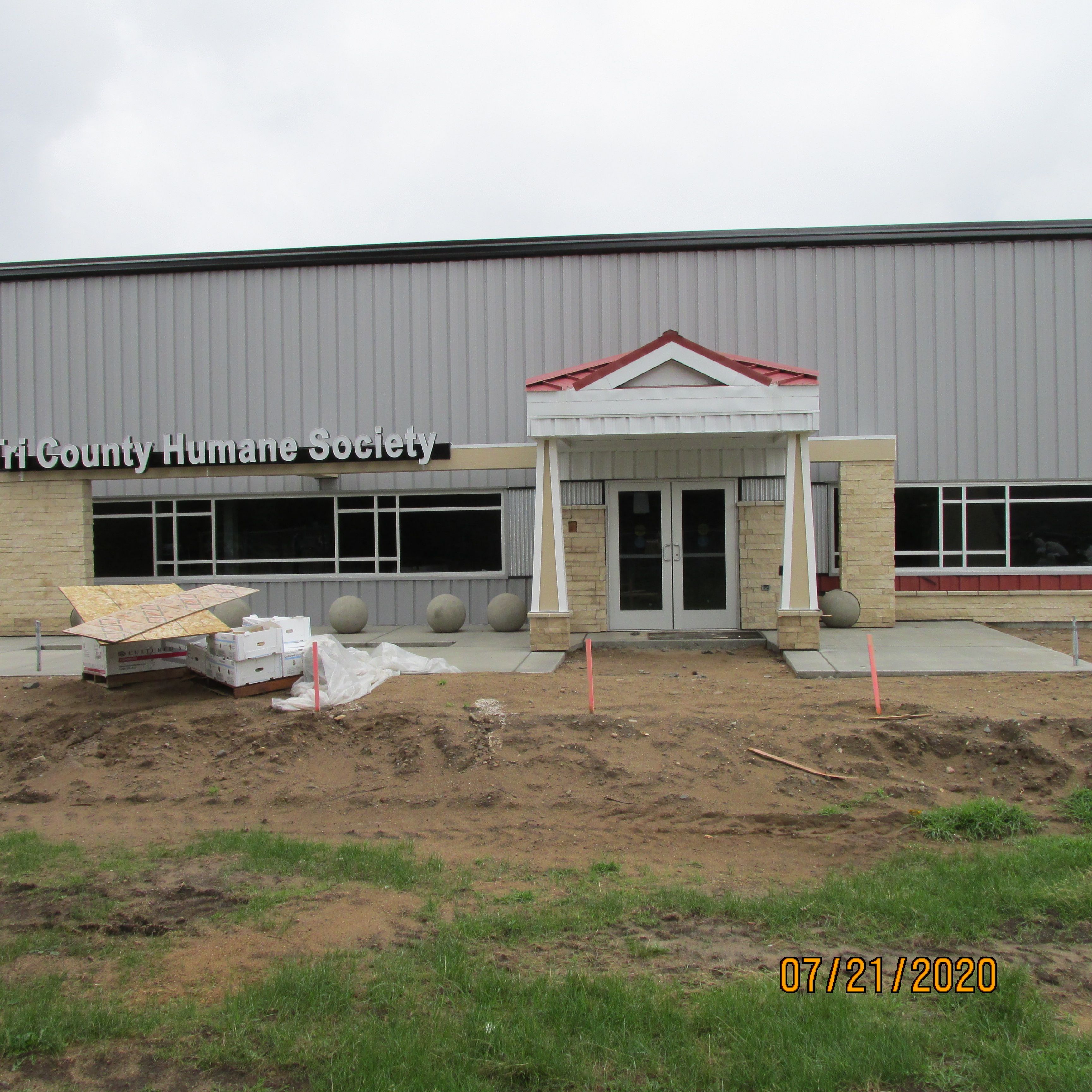 Tri-County Humane Society staff are moving into the new animal shelter this month. It’s a moment that has been long awaited by staff, volunteers, TCHS friends, and other community members. 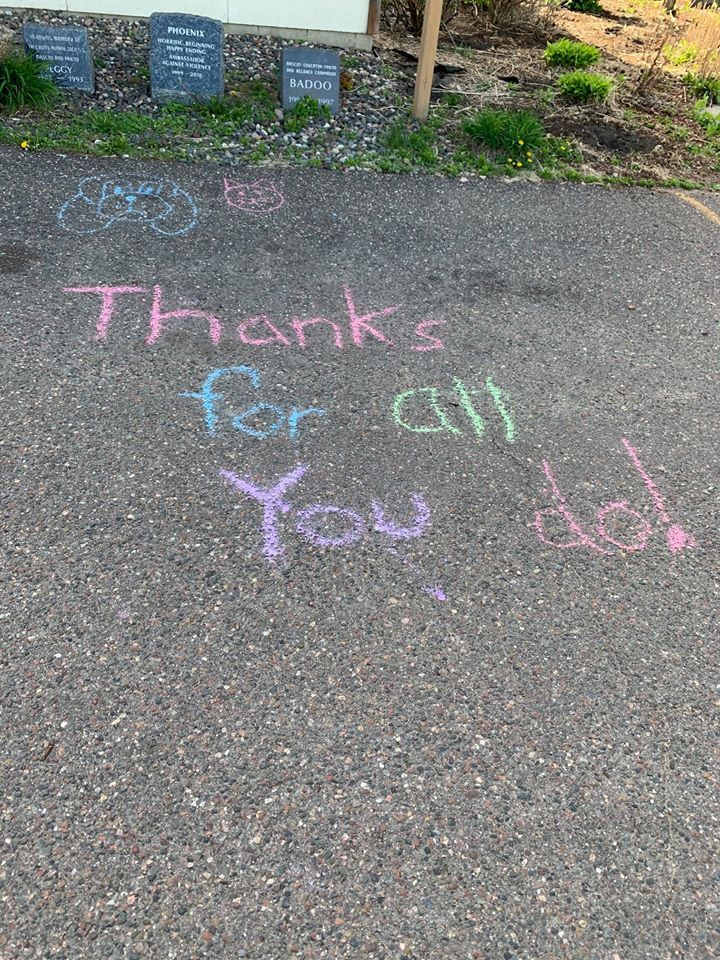 Tri-County Humane Society staff had big plans for the spring. There was a Wine, Kibbles & Bids celebration to plan, and the new TCHS shelter was midway through construction. Also, staff were getting ready for something that comes every year without fail: kitten season. Then COVID-19 hit, and like many businesses in Central Minnesota and beyond, TCHS had to make major changes to how it does just about everything. Click the title to read the rest. 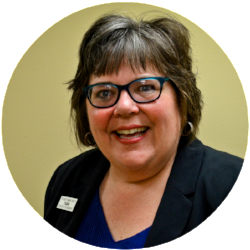 Together We Make Happiness Happen

Tri-County Humane Society has been improving the lives of pets and people in Central Minnesota for more than 45 years, two-thirds of them from the current shelter building. Most of you have met at least one four-legged family member within these walls. Happiness Happens Here.

I don’t think most of us had any idea how drastically everyday life would change in response to the COVID-19 crisis. I know I didn’t. Playing the hand we’ve been dealt, Tri-County Humane Society worked creatively to find the right balance of keeping staff and volunteers safe while still being available to take in strays and other animals needing a place to be and then rehome them. 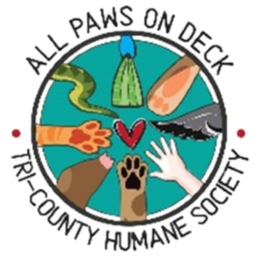 All Paws On Deck – #GivingTuesdayNow was a HUGE SUCCESS!

We asked for you help, and dog-gonnit, you responded! 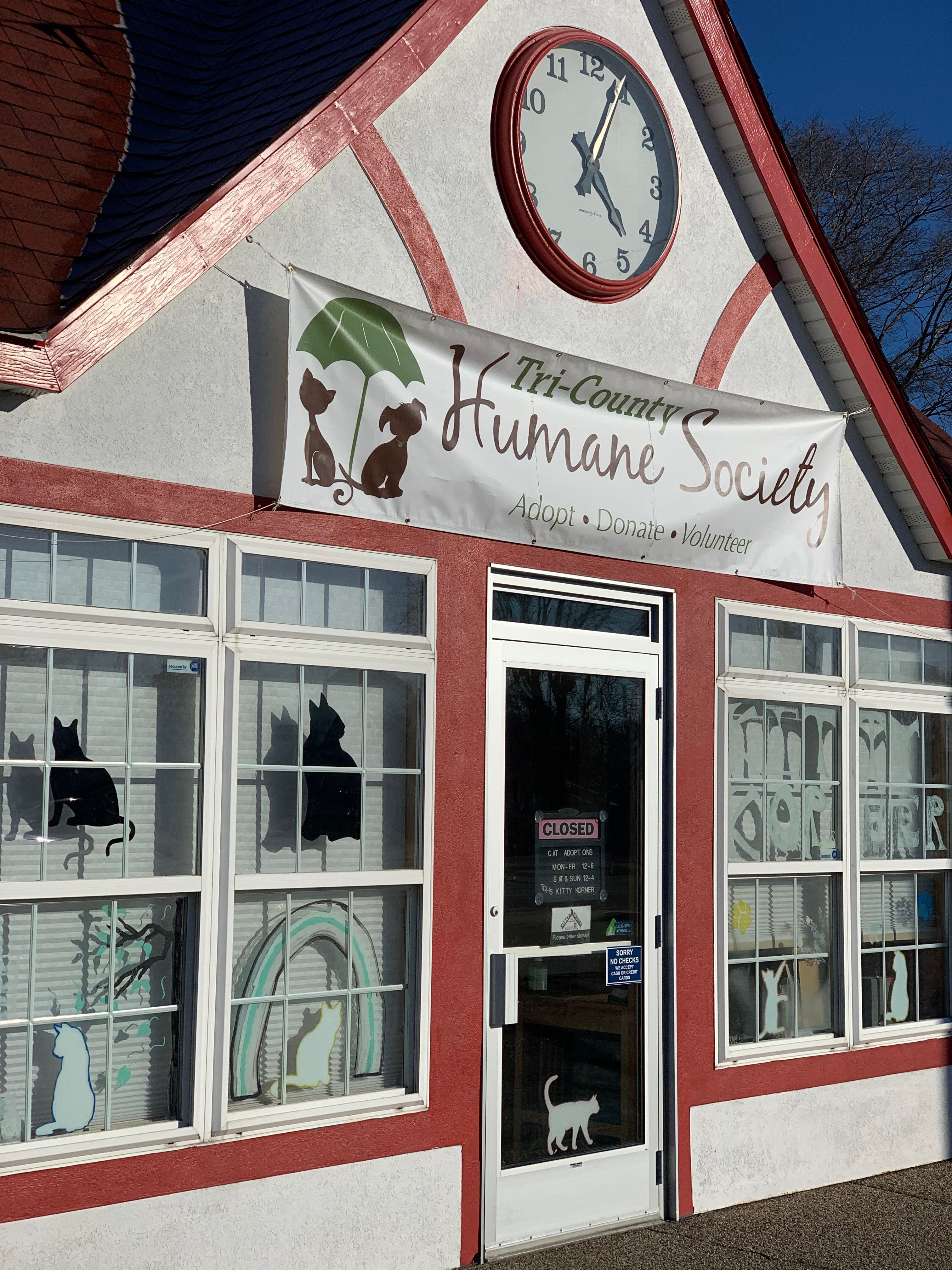 Tri-County Humane Society was lucky to count many successes in 2019, but one of the most significant ones was opening the TCHS Kitty Korner. 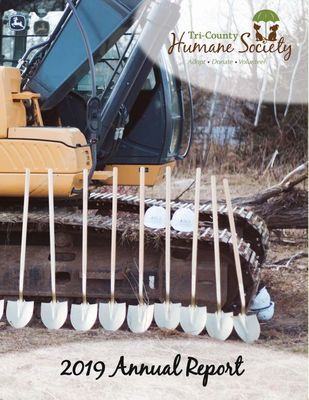 The 2019 Annual Report is here and ready for you! 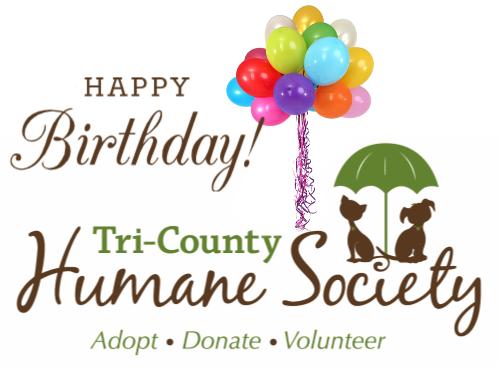 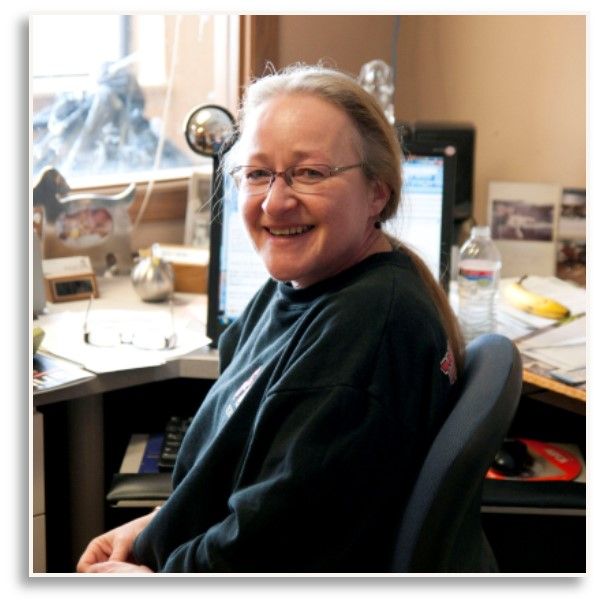 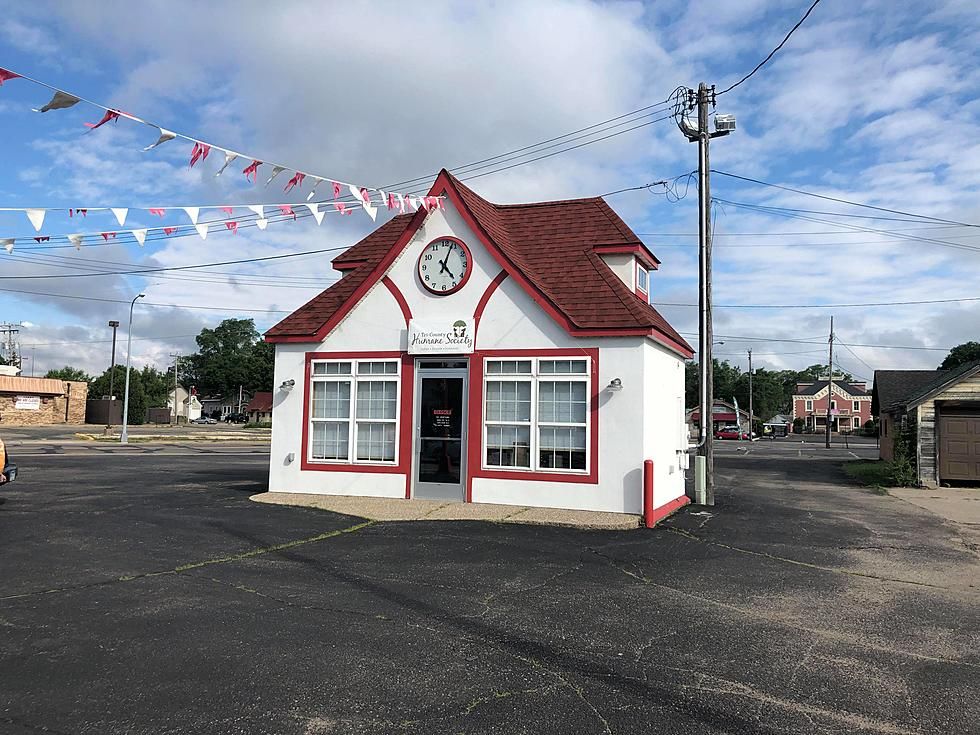 Tri-County Humane Society opened Kitty Korner as a secondary adoption location for cats and kittens! This site is adoption only, no surrenders or donations of materials, please. Thank you to WJON for the photo and video in this article! 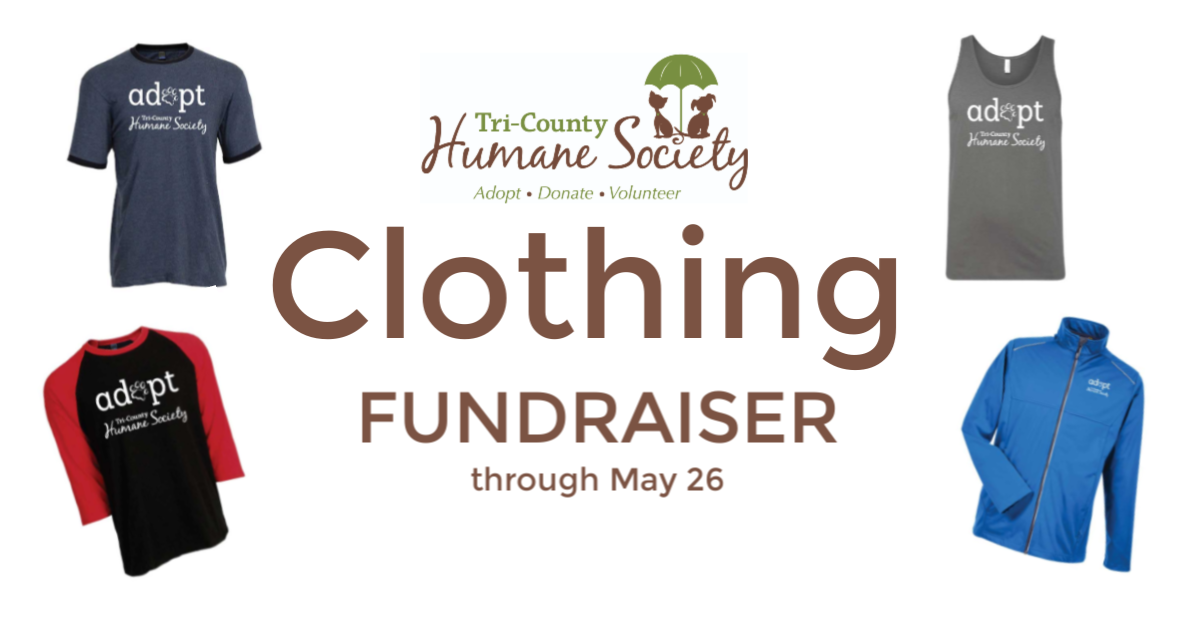 Update your TCHS Adopt wardrobe and benefit TCHS at the same time! 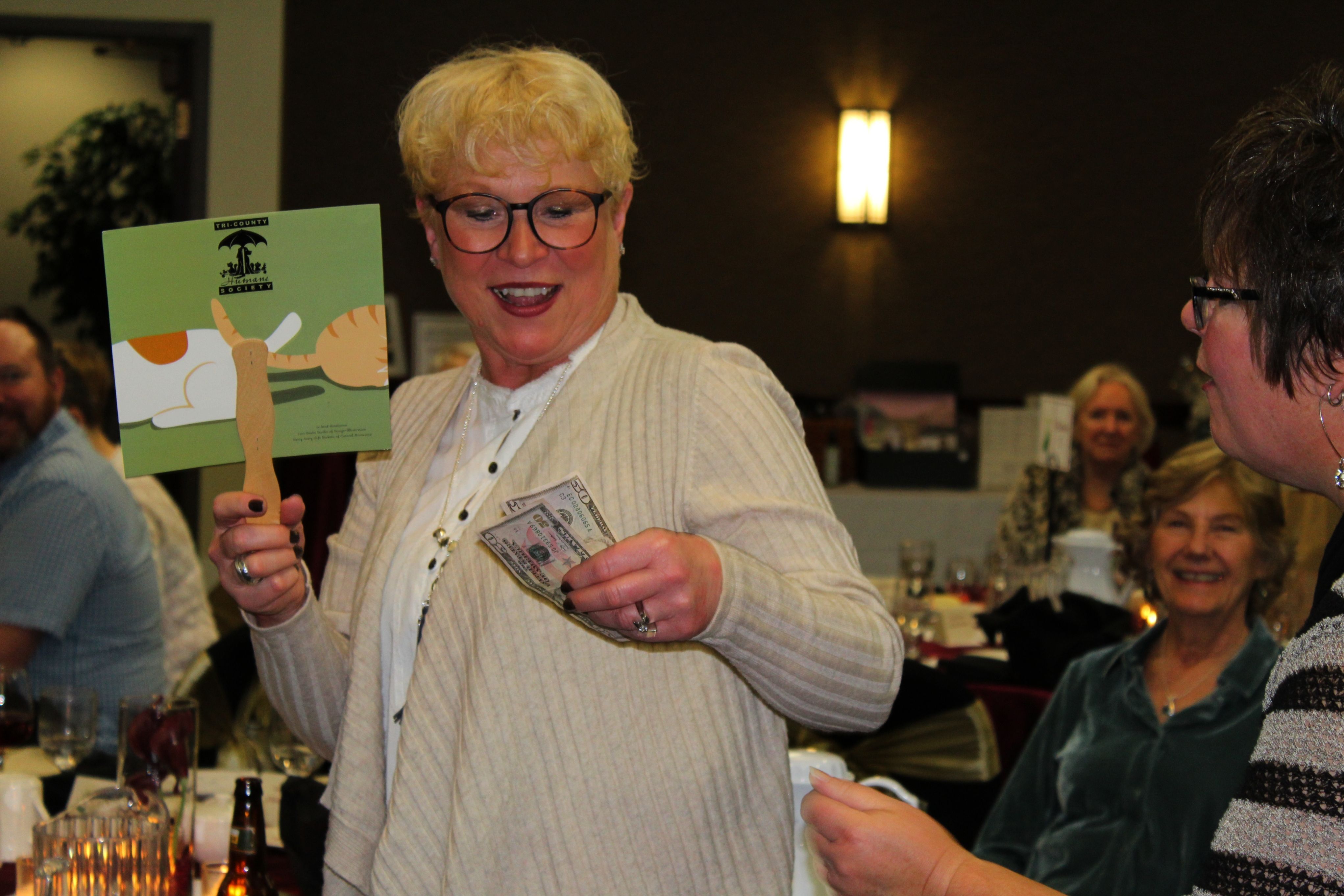 Tri-County Humane Society is proud to announce that it raised $79,000 in profit at its Wine, Kibbles and Bids celebration. The money will go toward the independent nonprofit organization’s efforts to spay/neuter every animal before adoption, as well as general shelter operations.

Tri-County Humane Society is pleased to announce it has secured two matching grants that will help the nonprofit animal welfare organization take a big step toward building its new shelter. 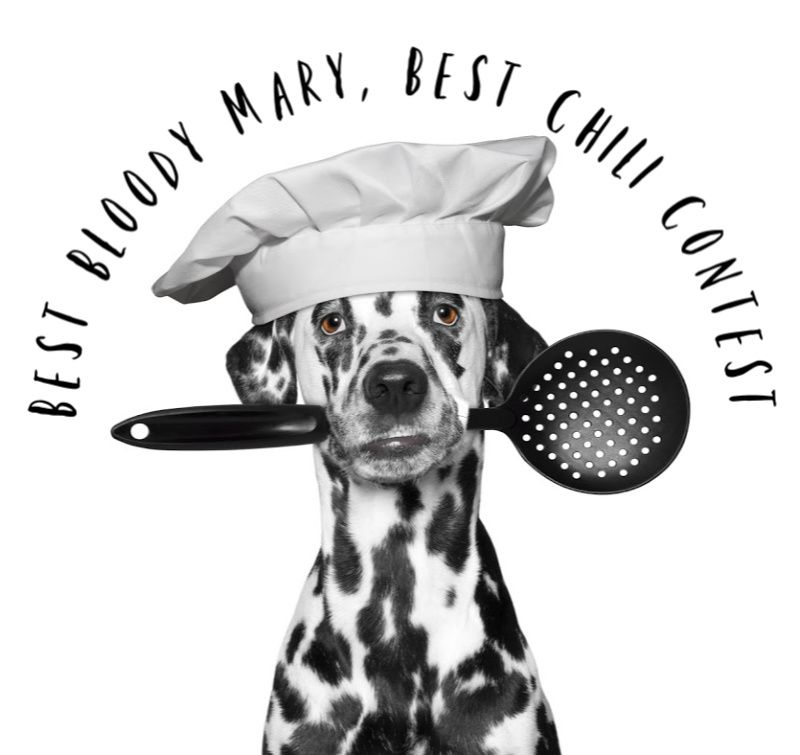 TCHS raises more than $4,000 for animals at Bloody Mary and Chili contest

The city of St. Cloud, MN is now contracting with TCHS as its holding facility for stray animals.

ST. CLOUD, MN – Tri-County Humane Society (TCHS) is proud to announce its totals from the 30th Companion Walk – the nonprofit animal shelter has raised a net profit of $59,795 for animals in its care!
http://tricountyhumanesociety.org/walk/
TCHS leaders had hoped to bring in close to $60,000, and they are elated they largely met their goal. The money will be used for general operations of the shelter. The previous record profit was approximately $54,000 raised in 2015.
The event theme this year was Bark to the Future, a 1980s-themed celebration of the decade the walk began. The event on Sept. 8th at Wilson Park featured food, ’80s music, exhibitors, a silent auction, two DeLoreans (the car from “Back to the Future”), a “meet a snake booth,” doggie tattoo booth, an ’80s hairstyle booth, and much more. The 5K walk also featured a 1K low-impact option intended for families, smaller dogs, and senior dogs.
The money was raised through walkers’ pledges, sponsorships to TCHS, food sales, silent auction sales, general donations, and more. TCHS wants to thank everyone who helped make the day possible and a success to boot.
About 650 walkers participated, with about 360 dogs present, too.
Next year’s Companion Walk will be Saturday, Sept. 7th, at Wilson Park. TCHS is now gearing up for its Santa Paws fundraiser, which will be Nov. 16-18.