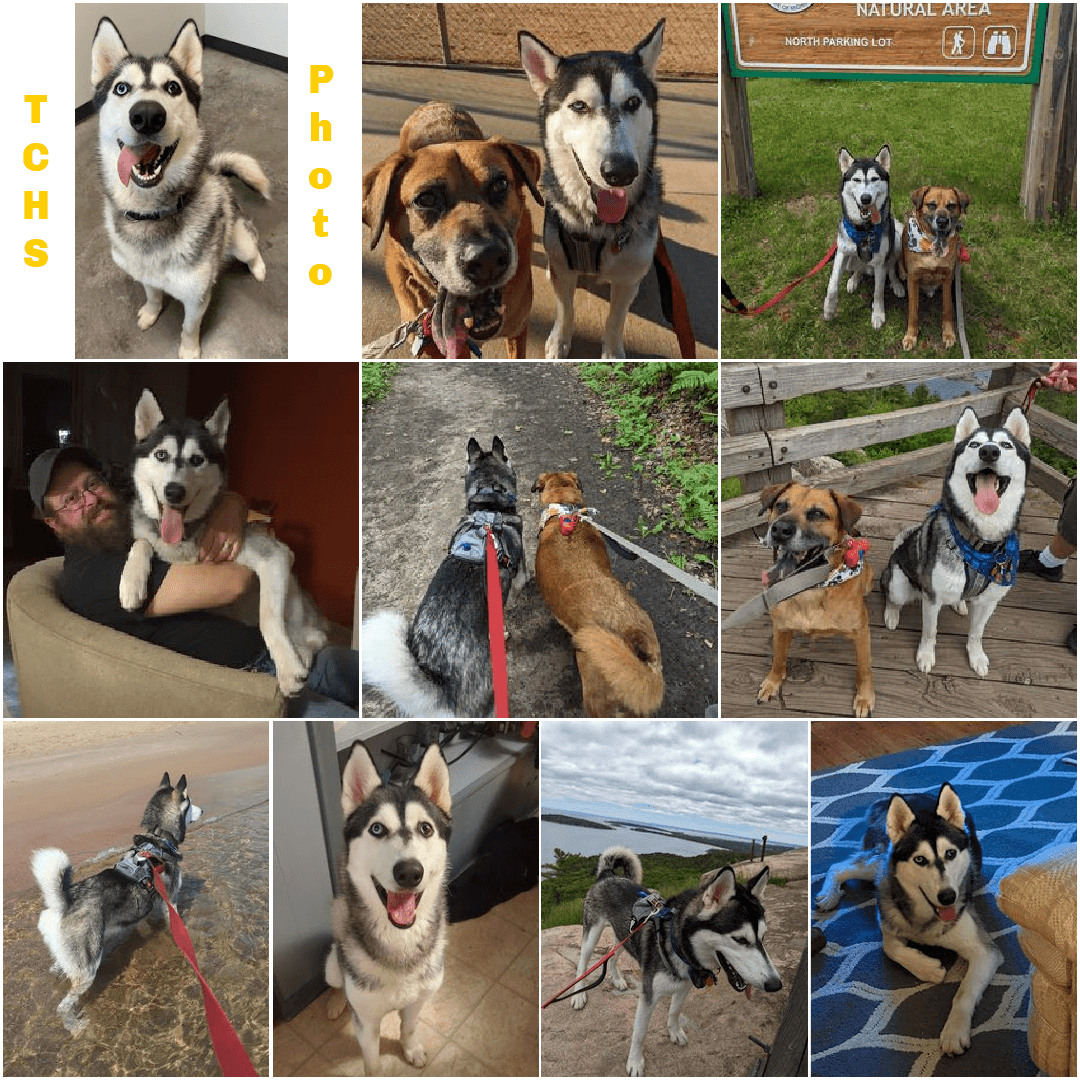 Anyone who’s adopted an animal knows they help us humans as much as we help them. This adoption story is about a Siberian Husky who arrived at the shelter earlier this year. He was adopted, then returned, then adopted, then returned. However, the third time is the charm for the dog who was known at TCHS as both Tomato and Buddy. Now, he’s Storm, and despite the dramatic-sounding name, he has a very serene life. His new humans saw him after he was featured on WJON as a shelter dog looking for a home.

“Storm (previously ‘Buddy’) came into our lives a little unexpectedly as we had very recently and tragically lost one of our dogs to disease and organ failure. His photo came across on a news article, and he reminded us a lot of our pup we said goodbye to, and it felt like we were supposed to have him. A new dog never replaces an old one, but it helps to fill the heart, and Storm has done just that. He loves playing with his dog and cat siblings (even though the cats don't always appreciate it), and he is super goofy. He loves getting the zoomies outside, going for walks, car ride adventures and playing with squeaker toys and chewing on bones. He's a big ball of energy and he makes our lives more interesting (in a good way!)”