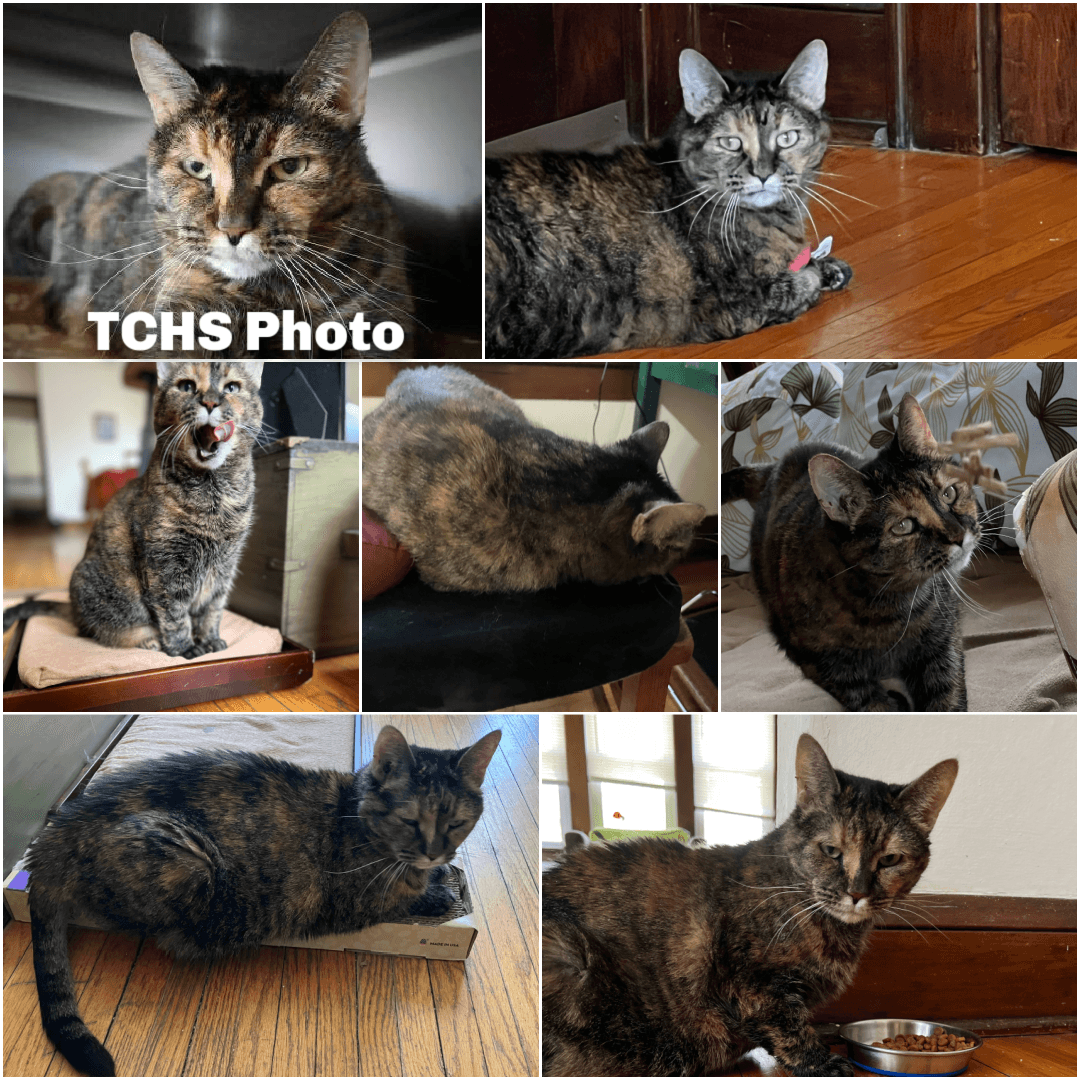 New name, new chapter: This adoption story is about a cat who may or may not have nine lives, but she’s definitely had a few new starts – and she’s very much enjoying the most recent start in her new home!

Marcie, an 8-year-old cat, came to the shelter originally because her owners were moving; after she was adopted, she came back due to her new owner’s health issues. She was adopted again in April, and her new human says she’s doing great. (She’s now named Hazel.)

“Hazel loves to play with a toy, batting it across the wood floor, if it is batted to her. … She will also jump up and bat the Cat Dancer toy. She loves to nap on the couch or on my desk chair. She is shy in some ways and surprisingly trusting in others. For instance, before I adopted her, she had surgery to remove a mammary tumor, but she is quite happy if I pet her belly.”

“In nine lifetimes, you’ll never know as much about your cat as your cat knows about you.” ~ Michel De Montaigne