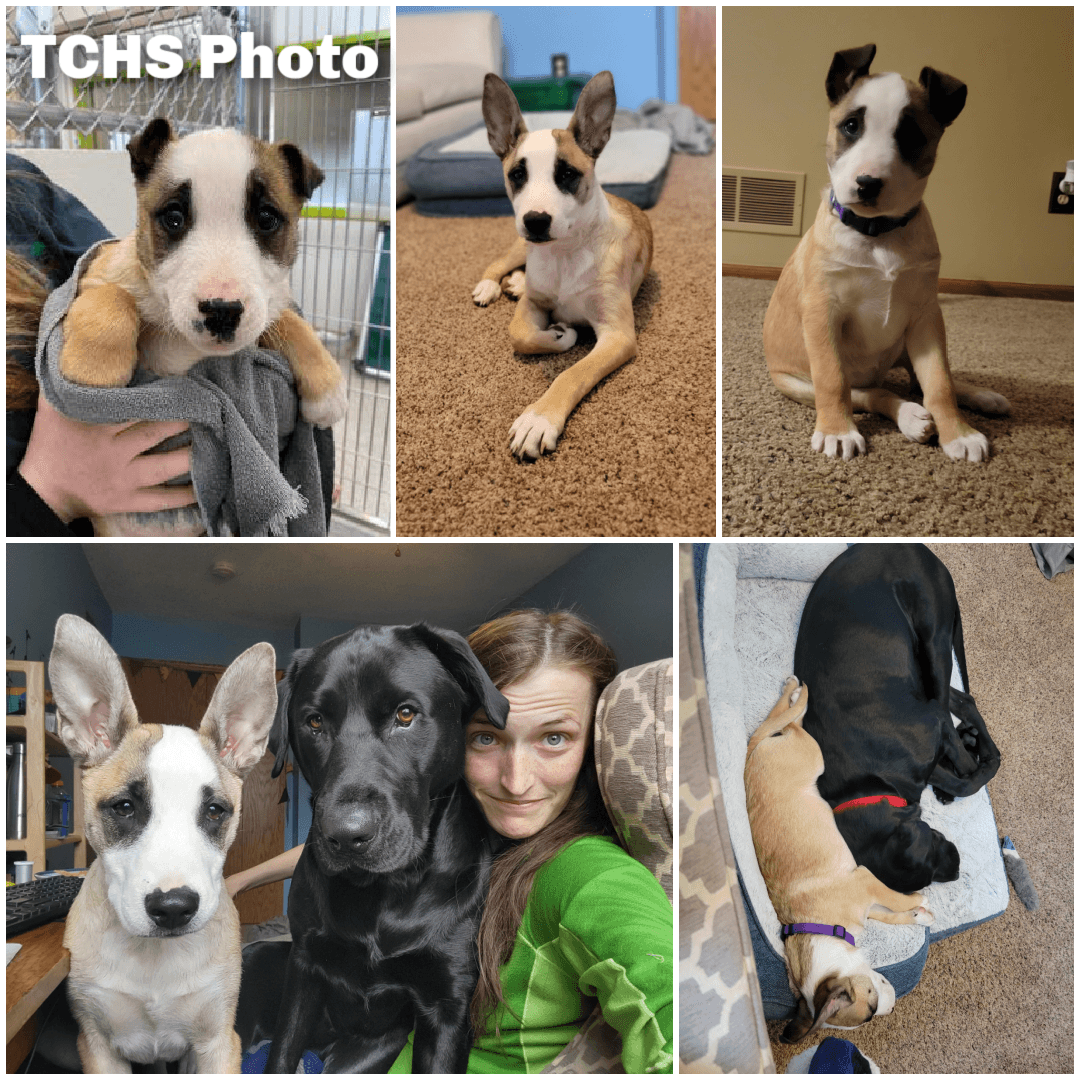 This adoption story is about a puppy who reminded some of us (the ones old enough to remember, anyway) of a certain late 1980s spokesdog named Spuds MacKenzie.

A female puppy named Warren arrived in mid-January as a transfer from another rescue. She waited for about a week until she found her home. Let’s hear about it from her people:

“Warren (aka Spuds MacKenzie) now goes by Timber (as well as a number of silly nicknames). She has a Lab brother named Hilton. She LOVES him, he tolerates her. (He loves her too, but those puppy teeth are no joke.) She spends her days hanging out with her work-from-home Mom and likes to climb up and nap in her lap while she works. She is still about 30 pounds, so it is very cute. However, her brother Hilton, the 80-pound lab, has started getting a little jealous, so he also tries to be a lap dog. It is also very cute, but not very good for productivity.” The proud household had one more crucial update to relay: “Her ears – they’re up!”

"Some women run with wolves, but the majority would be much happier with your basic lap dog."  Paula Wall