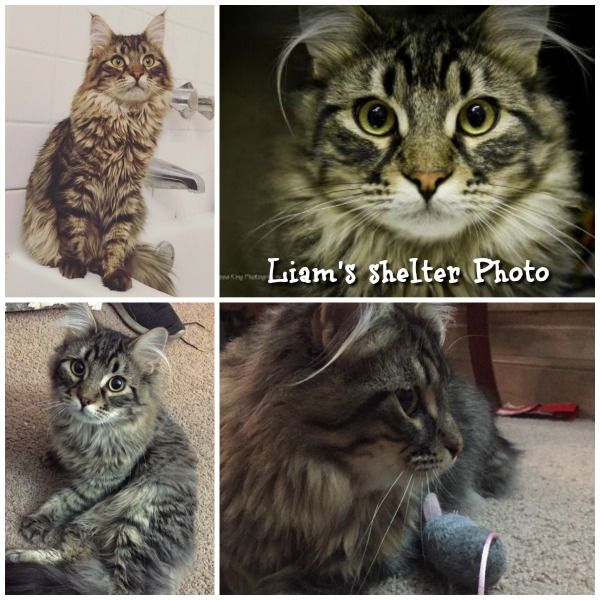 Liam came to us in August as a timid stray.  He spent several weeks in foster care for socialization before landing an awesome new home on December 9th. The following is an update from his new family:

Hey guys! Remember Liam? He was the shy domestic long hair cat that kept hiding in the back of the kennel with his siblings! Well he’s doing wonderful! We’ve had him for almost a month now and he has definitely warmed up to us! He rarely hides and he loves playing with toys! His favorite are the catnip ones, which we have to hid from him because he goes a little crazy when given too much! He loves sleeping on my husbands pillow at night and has finally gotten our other cat to play with him! Here are some photos of him!