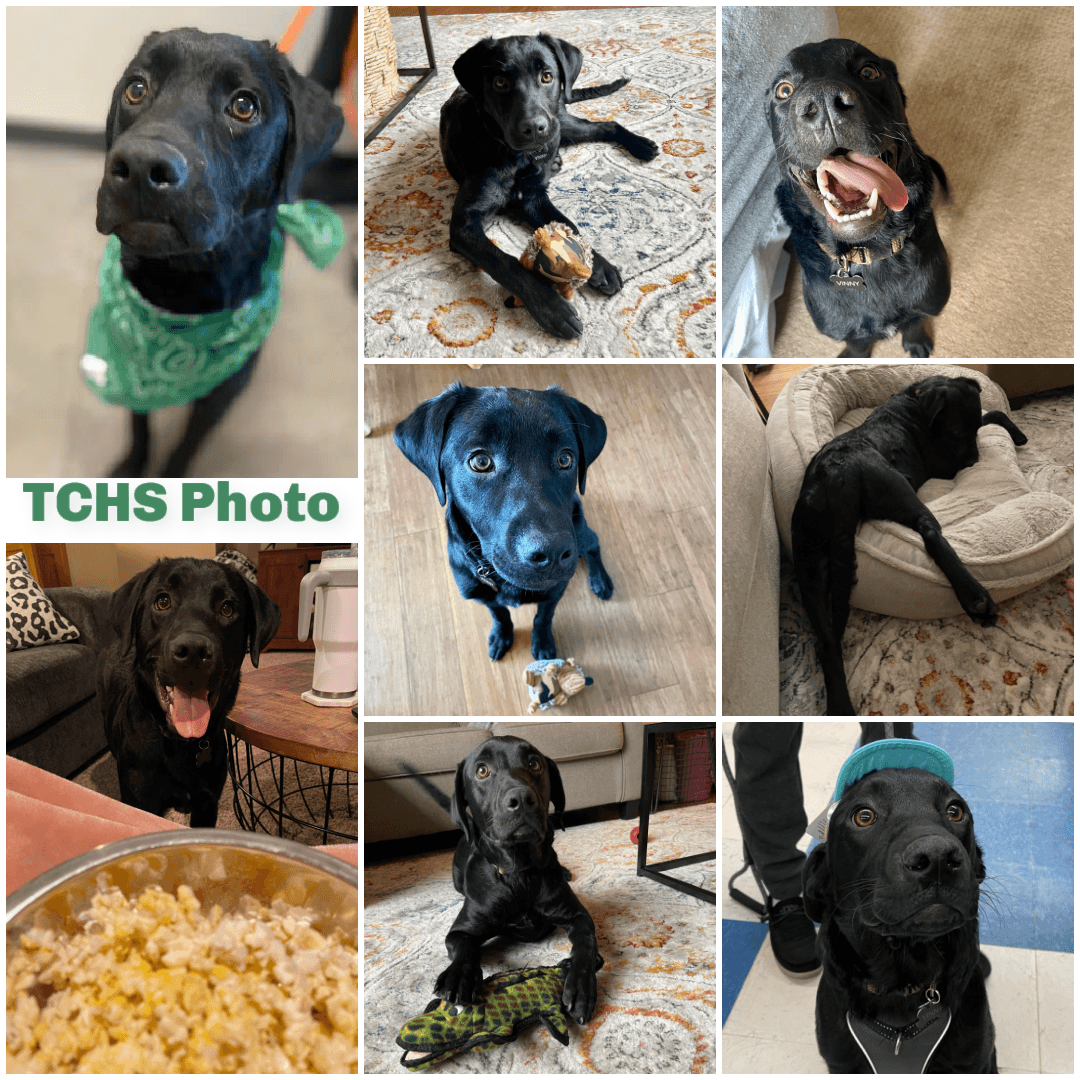 When a stray animal is not claimed, they are available for adoption after an official stray hold period of 5 days. Because they are stray, we don't know much about their history. We note what we learn as we get to know them during the intake process and during their stray hold period. This adoption story is about a family who took a chance on a stray Lab Retriever puppy we called King. We name all of the strays at TCHS because we believe everyone deserves a name instead of being a number! They adopted him shortly after his stray hold ended and renamed him Vinny.

“We didn’t know what he would be like at home since he was a stray and was pretty timid at the Humane Society but took him no time to warm up at home,” his new human writes. “He always wants to be by us and follows us everywhere we go. He has a ton of energy and he loves giving hugs, playing with his toys, going for walks, going on car rides and eating ice cubes. He is a very happy and playful boy and his tail is always wagging! He has made himself right at home and has been a great addition to our family!”

"Money will buy you a pretty good dog, but it won't buy the wag of his tail."   Henry Wheeler Shaw