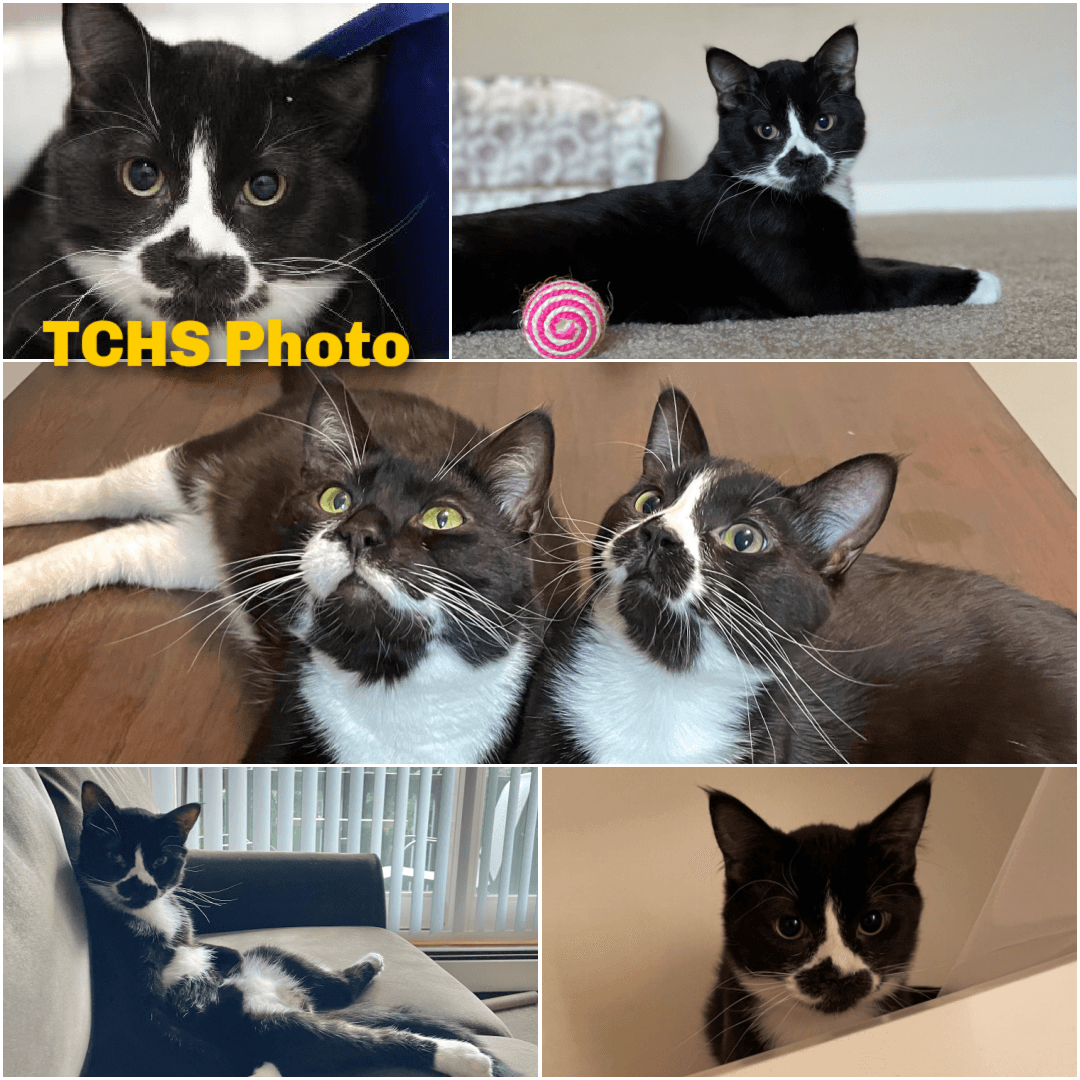 This adoption story is about a shy kitty who now has a lookalike big brother whom he adores! The cat then known as Plunger came to Tri-County Humane Society in early February as a transfer from a North Dakota rescue. He was adopted by the end of the month; let’s hear from his new home.

“He was extremely shy and wouldn't stop meowing when I was in the visiting room with him and the volunteer. I have since renamed him Colby, short for Colby Jack Cheese, and he has adjusted very well. He doesn't meow as much as he did when I first brought him home, but he's still very talkative & loves to receive hugs as soon as I get home from work every day. He's super silly and draws a laugh out of me all of the time. He has numerous toys and scratching posts to play and scratch on, and he loves to follow his older adoptive brother Wallace around all the time.”

Here’s hoping for an easy-cheesy long life for Colby Jack and his brother Wallace!