Kitzy - from the November newsletter 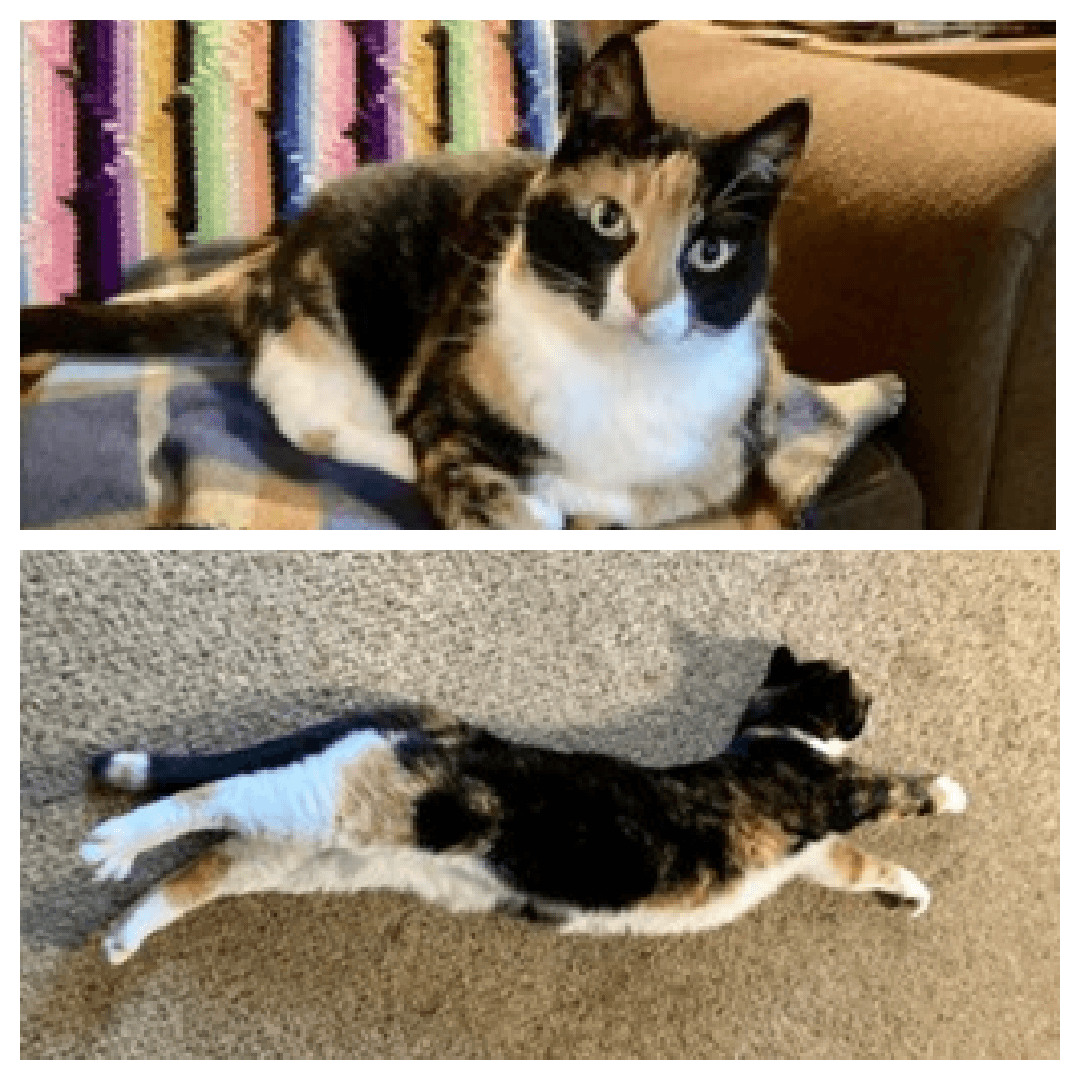 “On Aug. 17, we adopted our new housemate - whom we have renamed Kitzy - from Tri-County Humane Society. We had lost our former cat almost 4 years ago due to old-age problems and knew it was now time to add a new pet. We saw her notice on the TCHS website when she was picked up as a stray and thought maybe this was the cat meant for us, but felt sure someone would claim her as she was declawed. After the waiting period we saw she was up for adoption! Honestly, we were hesitant because she was described as not really social, could not be picked up and was not doing well in the shelter environment. But we felt she deserved at least a meeting. When we went to see her, the thought was “oh, dear!” She was kind of hidden in the corner of the room and looked unapproachable. The volunteer filled us in as we asked some questions and lo and behold she stood up and came over to us, stretching and rubbing our ankles! I believe the volunteer was as surprised as we were. So we brought her home. Within a day she was eating some, trying out different areas of the house to sleep and in a couple days decided we were ‘OK’ and settled in. She spends time playing with toys and looking out the windows. We feel this was definitely a successful adoption on both sides!”