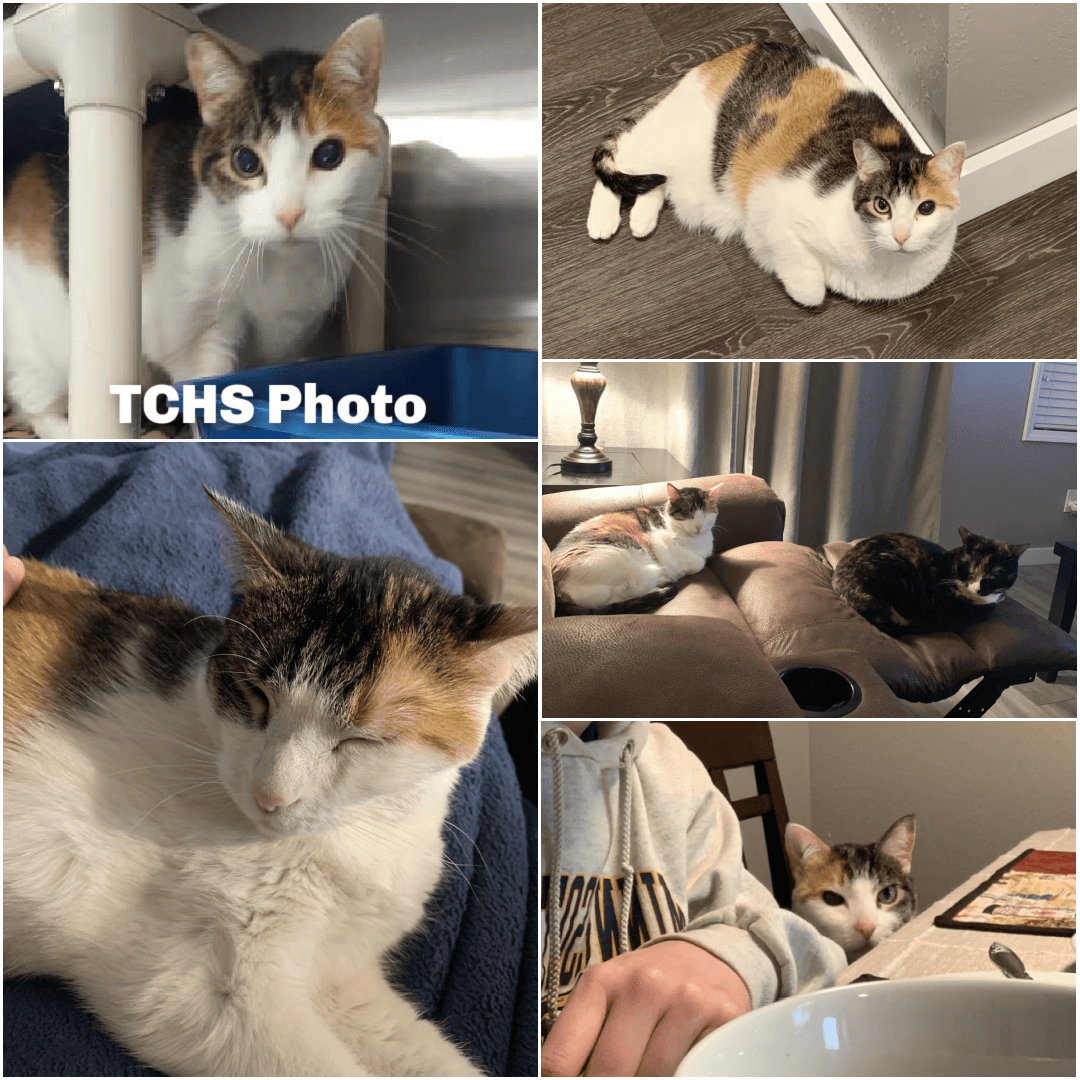 Anyone who has adopted an animal knows they help us as much as we help them. There’s a reason “Who Rescued Who?” is a popular slogan! This adoption story is about a cat and a human who found each other at the exact right time. A 7-year-old cat then named Callie came to the shelter in early January after her owner passed away. She was adopted two days later, and she’s now named Lily.

“I adopted her in January when I was going through some tough stuff in my personal life. In her adoption description, it said she recently lost her owner, so I think she needed someone just as much as I did. She has made a world of a difference in my life! Lily LOVES to be pet by everyone who stops by to visit, and she's a very cuddly girl. She greets me every day when I come home, and also makes sure to cuddle with me every night. While she and my other cat (Gris) don't get along very well, they set their differences aside, and will cuddle with me on the couch at the same time without fighting.”