Area bars and restaurants competed for “Best in Show” at our 3rd Annual Best Bloody Mary and Best Chili Contest! 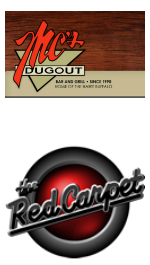 Thank you to everyone who braved the cold to attend the 3rd Annual Best Bloody Mary and Best Chili contest! Here's the press release for the event with all of the details - spoiler alert - we raised over 30% more this year!!

Tri-County Humane Society (TCHS) is proud to announce it raised $4,358 through its 3rd annual Best Bloody Mary/Best Chili event on Jan. 26 at the Red Carpet Event Center in downtown St. Cloud. Despite chilly temperatures, more than 200 people attended the event, which featured nine competitors showing off their favorite Bloody Mary and chili recipes. Attendees voted for their favorite samples and had the chance to win gift certificates – all while benefiting homeless animals.

We dropped the “celebrity judges” portion of the voting process—the ticket holding voters take their jobs very seriously and want to know their vote counts! In 2019 the final vote tally from the voter ballots decided "Best in Show" Chili and "Best in Show" Bloody Mary!

We added space by opening the door that joins the Event Center with the Pub so we had more elbow room.

Gift Certificate Raffle! It's Central Minnesota, we all know what a meat raffle is - think of it as a meat raffle but instead of meat, you can win gift certificates from local bars and restaurants!

Thanks to all of you, and we'll see you for the Fourth Annual Best Bloody Mary and Best Chili contest on Saturday, January 25, 2020!